The next steps should only be done if the power is removed from the drive ? be sure to have a narrow flat blade screwdriver to remove a signal wire from a terminal on a terminal block.

The termination board, DS200PTBAG1B (LCI), is for the independent protective module core.

Disclaimer: Buyer acknowledges and agrees that all products purchased from GTC for export are subject to control under, and must strictly comply with, U.S. Law including, but not limited to, applicable provisions of the U.S. Export Administration Regulations (15 CFR Part 730 et. seq.) (EAR) and the Economic Sanctions Regulations (31 CFR Parts 501 – 598) (ESR). 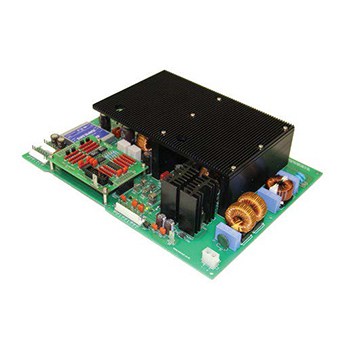 GTC Mark V TCPS
We offer clients the choice to use newer, upgraded Power Supply Cards which offers better power distribution and stability for your panel. The noise projected by the OEM TCPS card is no longer a feature with our new (aftermarket) GTC-TCPS card. Ask your GTC Sales Representative for specific details and data. 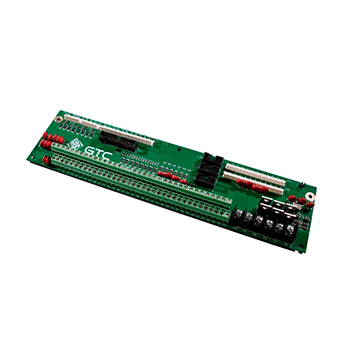 GTC Mark V PTBA
The OEM says your equipment is “obsolete” – GTC calls it “Classic”, with the ability to operate safely and reliably for as long as you need. We developed a direct replacement that consists of the same fit, form and function as the original, but with the added benefit of upgraded components. We offer clients both options to buy the original OEM or the GTC direct replacement. Ask your GTC Sales Representative for specific details and data. GTC offers its HMI Replacement In Kind (RIK) product for Mark V, Mark VI & Mark Vie to operators looking to replace their ageing CPU hardware with new. The RIK HMI is built with Industrial quality specifications and ensuring the HDD or SSD will contain the correct site-specific configuration. These units are direct plug and play ready. GTC Maintains the worlds largest independent collective inventory of spares for the GE Speedtronic Mark II, Mark IV, Mark V, Mark VI, MKVIe Turbine controls and a strong stock of EX2000, EX2100, LS2100 and Bently 3500. Parts are made up of Unused and Remanufactured condition all of which are supplied by GTC’s 3 standard year warranty which is also extendable entering the GTC Extend Warranty Program. GTC continuously buys surplus and disused GE Turbine and Excitation controls, as well as faulty cards. We invest in excess of over 2 million USD annually to keep inventory available to Operators who can no longer buy from the OEM or choose not to buy from them. With the many hours we put into each and every part we purchase to remanufacture and test, buyers are always guaranteed to receive the highest quality parts which are considered to function as good as, or in some cases, better than new, as improved components are used where possible.
Next time you upgrade your system, part of your system, or have faulty cards you wish to dispose of, connect with a GTC Representative and we will give our evaluation. 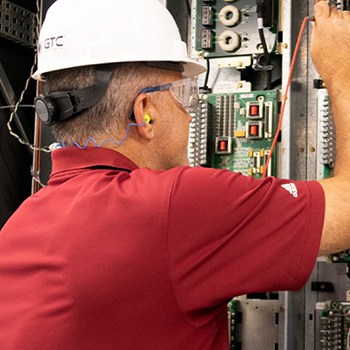 A brief summary of services: 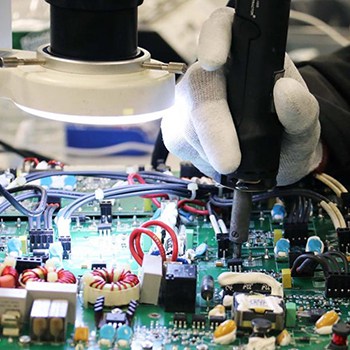 GTC is globally recognized amongst Operators as being a high quality Repair Facility for GE Mark Systems.
With an official record of less than 1% in Warranty Returns, from equipment functions and field operations, to component levels of circuit boards, GTC has the expertise to keep your plant running. Operating for over 20 years, having completed over 10,000+ repairs for numerous clients spanning from GE Turbine and Excitation to LCI Controls, GTC is the most experienced Repair Facility (outside of the OEM), which makes us a reliable and trusted partner to repair your parts.

If a part is needed urgently, our dedicated team will mobilize at any hour of the day to get your plant back online in the shortest time possible.